Jakupa Architects and Urban Designers (Pty) Ltd have been appointed by the City of Cape Town for the refurbishment of the existing Grand Parade Food Kiosks and the existing Public Toilets on the northwestern portion of the Grand Parade site. The buildings were in poor condition and non-compliant in terms of health and safety regulations.

The project entails the refurbishment of the larger kiosks in order to make them compliant with SANS Building Regulations, as well as the demolition of the smaller kiosks along the Grand Parade edge.

The proposal was to:

Part of our scope included the extension of the existing paving, in line with what had been previously approved, matching materials & finishes, thus providing an integrated surface and paving system that is used to edge, link and help reinforce the definition of the Grand Parade, extending it to the edge of Plein Street.  The paving is also being used to celebrate the location of the Old Fort, tracing its footprint in the floor surface.

As a result of the deterioration of the kiosk precinct, the vicinity surrounding the kiosks has become a hotspot for criminal activity, including drug peddling and muggings. These activities are increasingly difficult to monitor and manage, resulting in fewer tourists wanting to visit the parade. Part of the motivation to refurbish the kiosks would be to accommodate Law Enforcement on the first floor of the middle kiosk, allowing them direct monitoring on the parade with safety being a primary concern, the demolition of the front row kiosks will provide a much safer public environment. 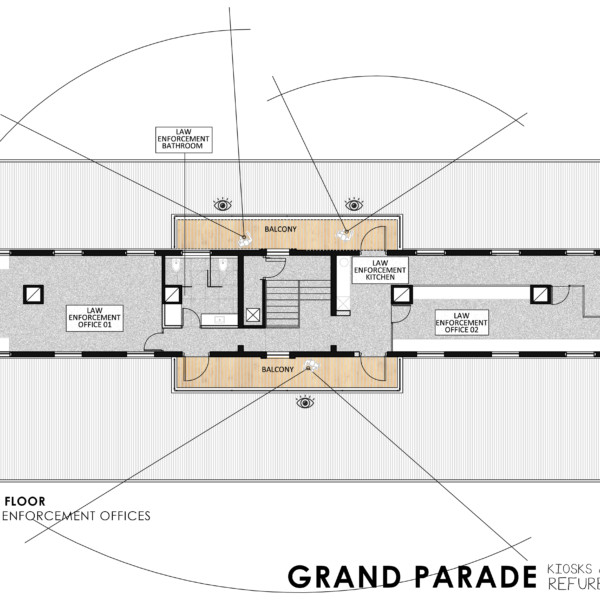 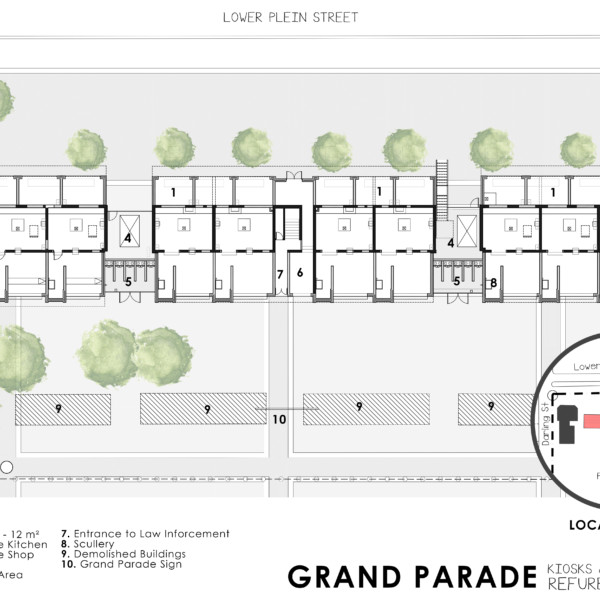 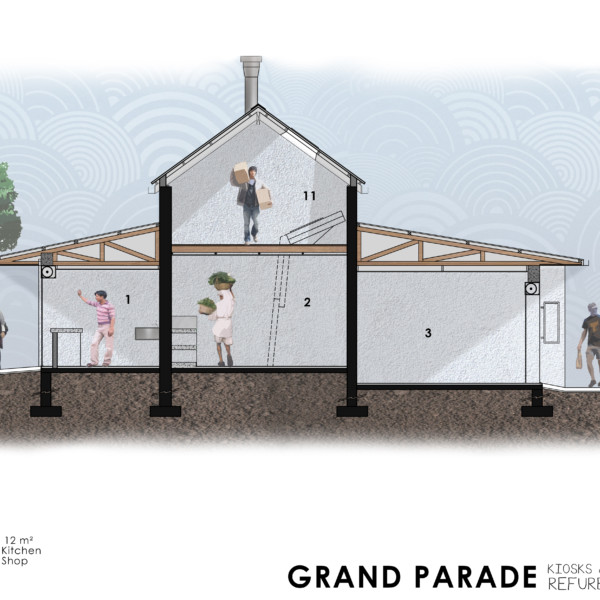