The Cape Town Stadium is designed as a container for the ‘theatre of sport’. The event is the colour, people are the attraction and the human ritual of participating in sport activates the space. The entire bowl surface and critical openings into the concourse perimeter are designed to focus on the action on the field.

The wave-like line of the top seating tier is the outcome of the logic and geometry of the basic design, tempered by the optimisation of efficiencies and costs.

The determining element of the stadium geometry is the rugby field according to International Rugby Board standards, at a footprint of 70 by 125 m, this field is slightly larger than the soccer field of 68 by 105 m.

At their closest point, the seating tiers are just 4,2m from the edge of the rugby field, leaving just enough of an edge for safety vehicles and the necessary safety distance to the tiers. The distances between stands and pitch are small as possible, to bring the spectator close to the action while keeping enough of a distance to ensure good sightlines.

To ensure good viewing conditions, the long sides are curved on a radius of approximately 450 metres. This makes for unimpeded sightline access into the corners of the playing field. The geometry of the construction is based on three different arches, which merge at the points where their tangents coincide to best fit the field sizes. The entire geometry is determined by nine originating points, which have been manipulated for best effect.

The geometric intersection of the resulting ellipse and the ‘soap bar’ shape results in unattractive seats with bad visibility in corners being eliminated. These seats are ‘added on’ in the middle portions of the short and long shallow side arches, making more seats with optimal visibility available behind the goal line and along the sides of the field. The resultant elliptical footprint is based on a separate set of four originating points describing two arches. The form in section is optimised and manipulated to allow the existence of the continuous ring of access required for the private boxes on level 5. The tiers of seats are divided into three zones, which are overlaid in such a way as to maximise the stadium atmosphere and to make the stadium as compact as possible, and so make the roof and façade as cost effective as possible. The lower and middle tiers are curved in section according to a parabolic geometry, and designed in section to allow for a perfect overlap of sightlines. 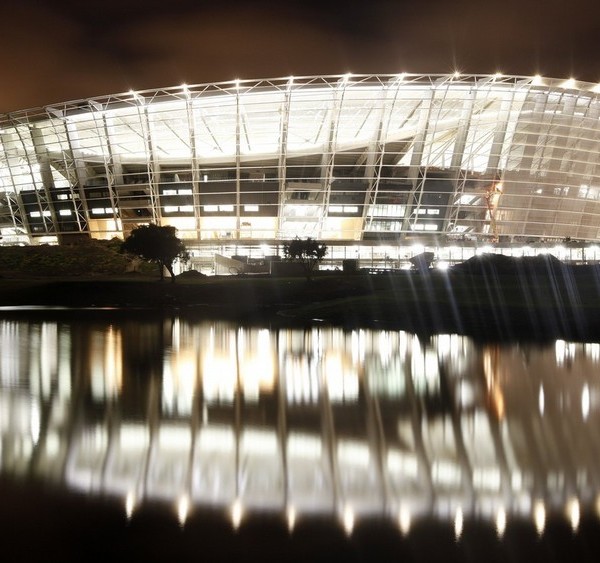 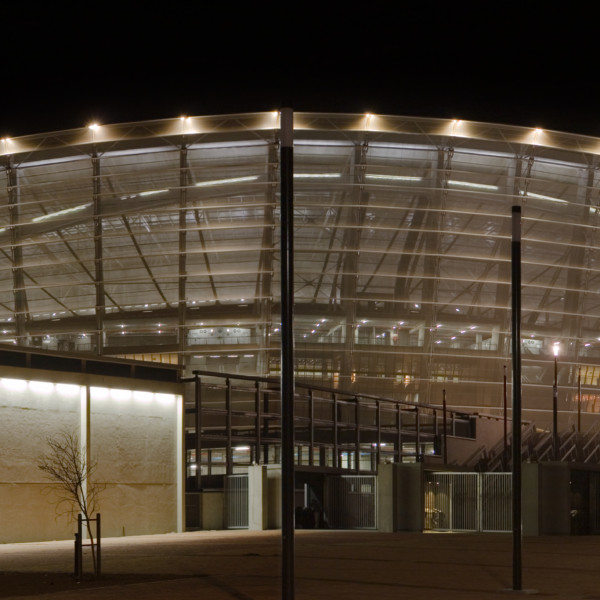 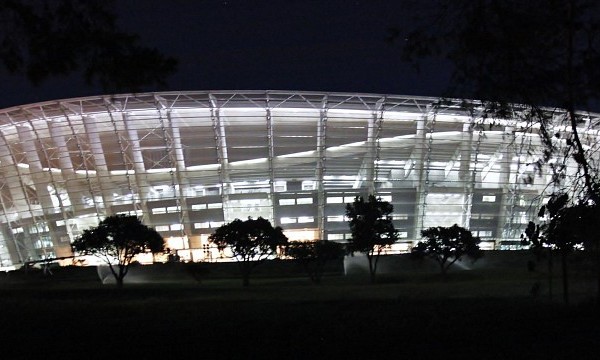 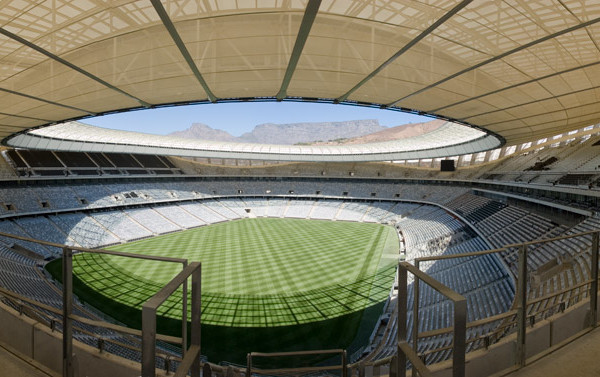 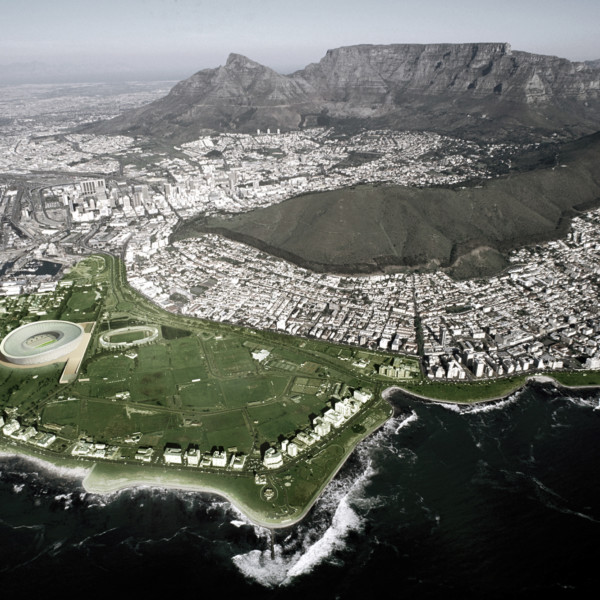 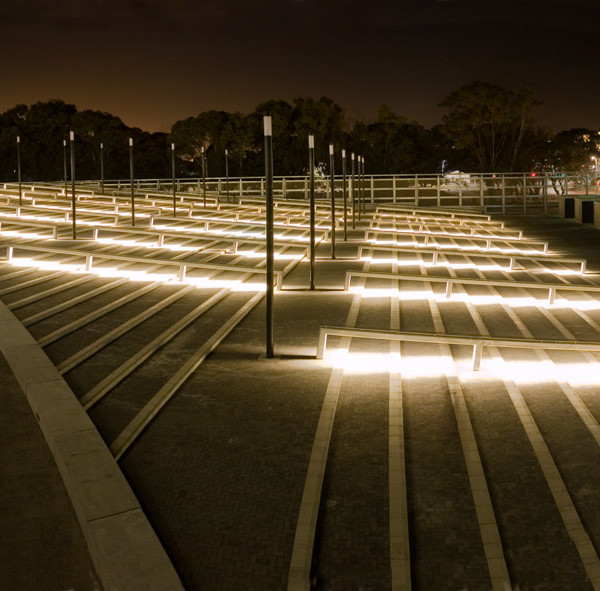 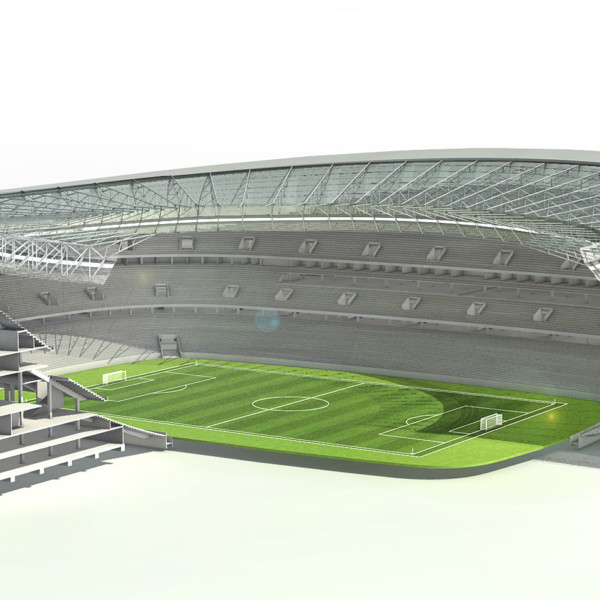 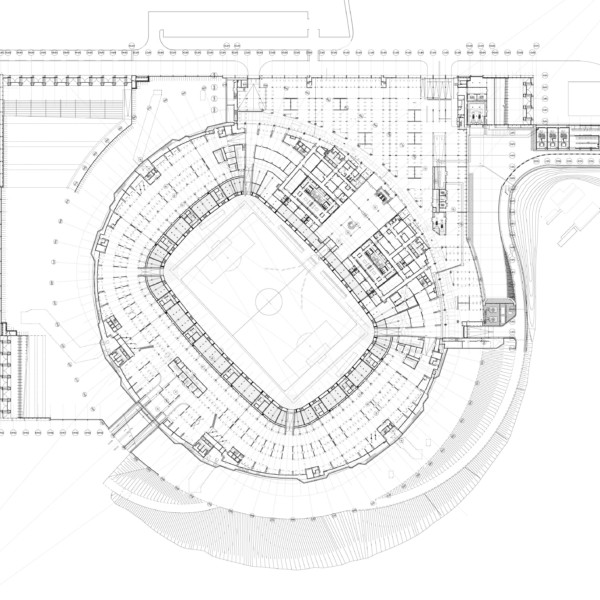 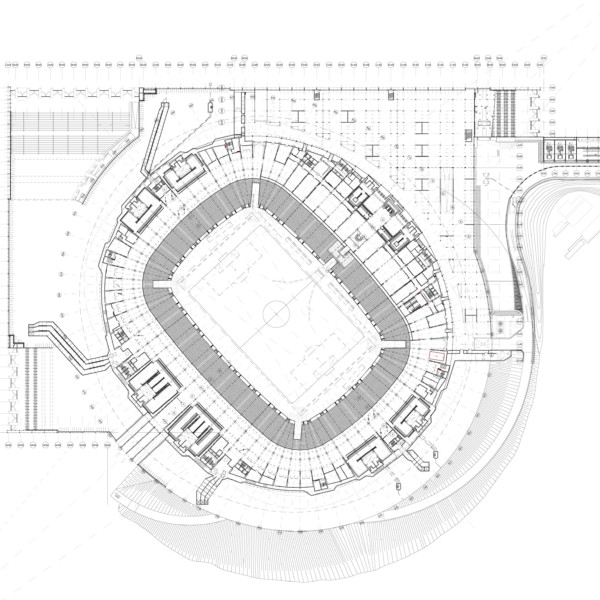 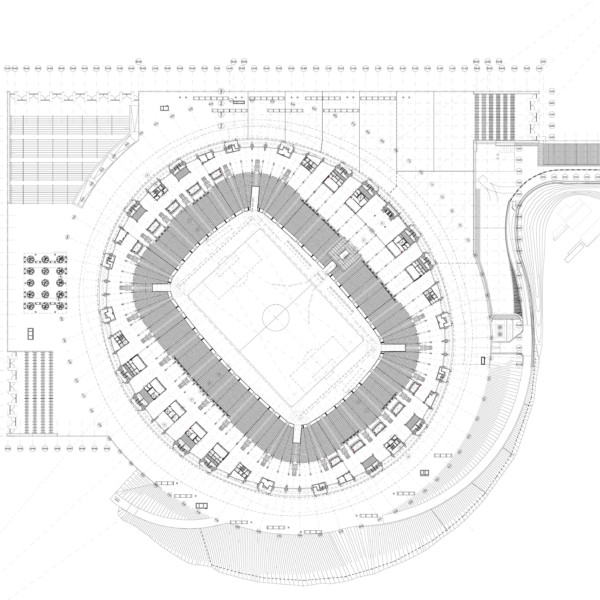 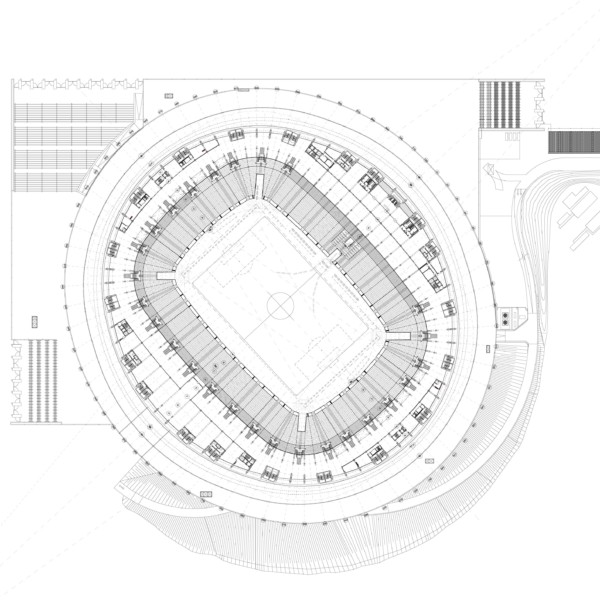 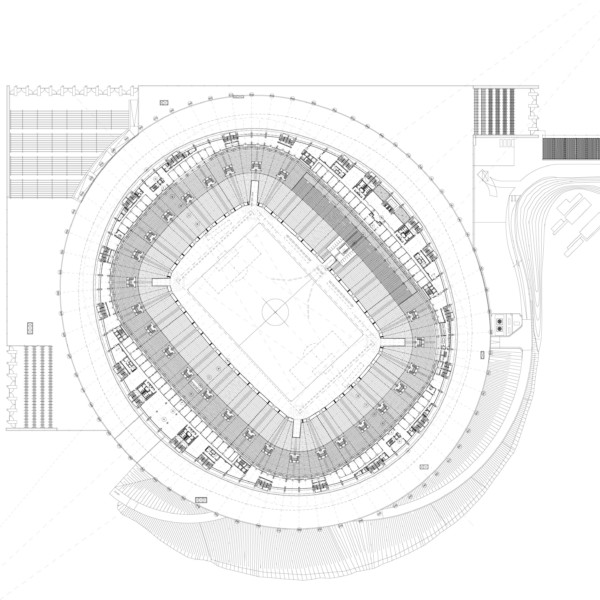 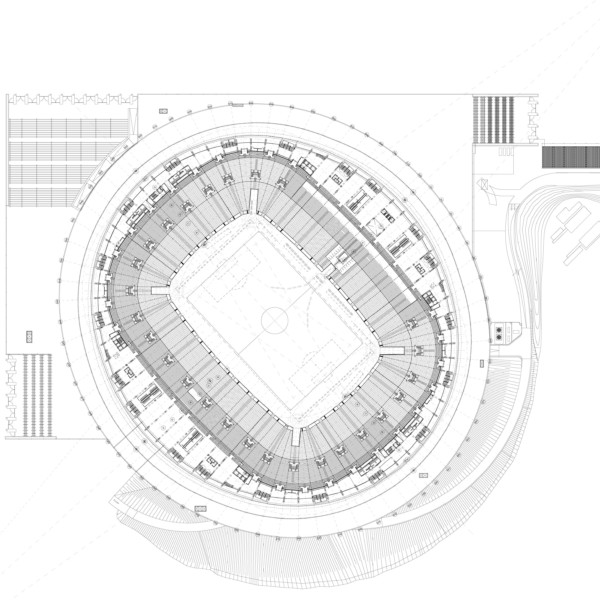 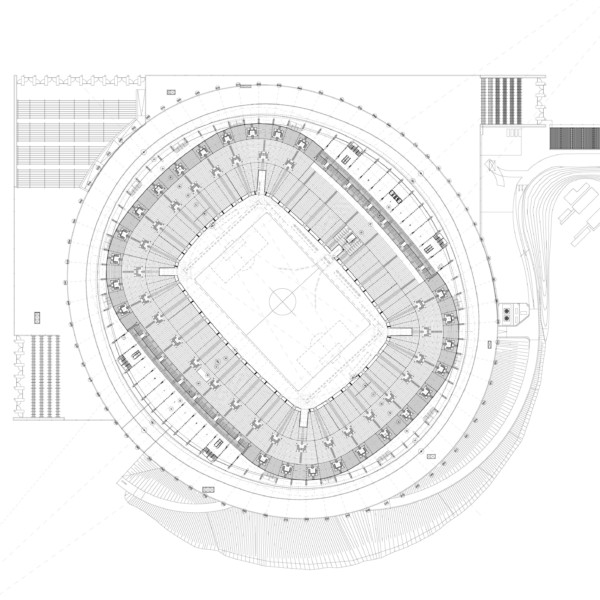